According to data and analytics company GlobalData, due to the inclusion of new technologies like software-defined networking (SDN) and other constraints like intense competition and price deterioration, the Australian data and IP market revenue is expected to decline at a CAGR of 1.3% over the 2017-2022 tenure.

While the adoption of services such as cloud, big data and video conferencing is driving the demand for more connections and bandwidth, enterprises are not allocating more budgets. Against this back drop, telcos need to get serious with managed SD networking wide area networks (SD-WAN), suggests the company. 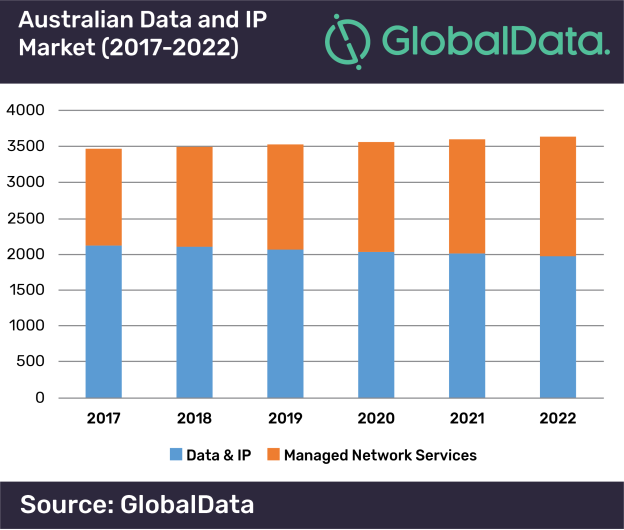 Siow Meng Soh, Asia Technology Market Analyst at GlobalData, says: “In terms of competition, besides tier-2 players such as Vocus and TPG, there are players such as Megaport and SuperLoop which are entering the market and leveraging SDN-based technologies for market disruption.

“In terms of technologies, we expect SD-WAN to start having an impact on the market. While we do not suggest that vast swaths of enterprise customers are already moving network estate away from multi-protocol label switching (MPLS) and Ethernet, the demand is undeniable and SD-WAN is happening now. This is consistent with the CIOs/IT managers in Australia that GlobalData interviewed on a regular basis. Most of them had already evaluated SD-WAN and some had already started to deploy the technology. In addition, the company’s survey results show that among the various enterprise network and communications, budget allocation upside is mainly in SD-WAN and network services. 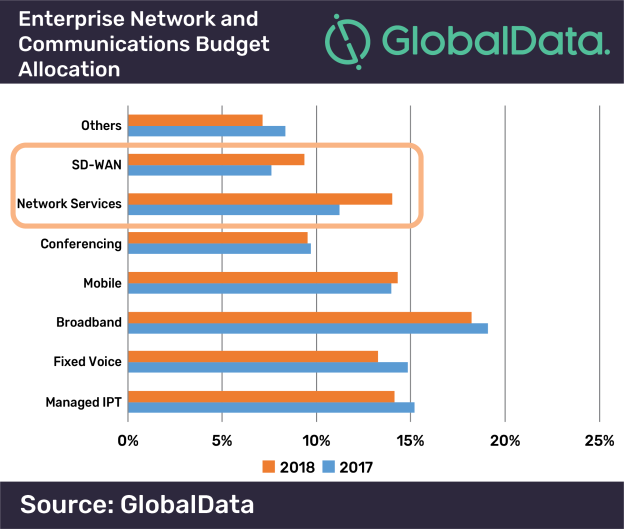 Soh adds: “Besides potential cost-savings, SD-WAN offers enterprise a much greater level of control over their networks and therefore, most of the early adopters are self-managing the solution. At the moment, the SD-WAN vendors account for a large percentage of the initial uptake. Vendors such as VeloCloud (now owned by VMware), Aryaka and Silver Peak have made a big entrance into the market.”

However, enterprises with existing MPLS/Ethernet networks are increasingly looking to develop a hybrid network leveraging SD-WAN. This trend is expected to accelerate as telecom providers and managed service providers are now actively partnering with SD-WAN vendors to tackle this segment.

Soh concludes: “While SD-WAN adoption will limit the growth of traditional data and IP services in Australia, we do expect growing opportunities in the managed network services space to offset the decline in carriage revenues. Telecom providers that do not have SD-WAN in their portfolio need to act fast.”

An MBA who switched working from managing a retail chain to knit a brighter world of writing. Diligent and assertive, Prachi has a Bachelor's degree in Computer Applications.

2019: A Year of Cautious Capital Allocation and Cost Rationalization for Vodafone, Jio, Airtel